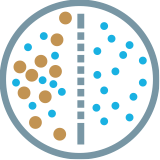 People worldwide are becoming increasingly concerned with municipal mains water supplies, and in New Zealand, in August 2016 some 45 people were hospitalised which resulted in 3 deaths due to contaminated water coming from underground water supplies.

It is therefore important to know where the water you drink comes from and in Australia municipal mains water is monitored for 70 different contaminants, including cryptosporidium, bacteria and some pesticides.

There is evidence to suggest that when people are exposed to more than one pesticide, the blood concentrations of the individual pesticides are up to 100 times greater than during exposure to a single toxin. Furthermore, lead in Australian plumbing fittings was legal until 1989 while chlorine is commonly used to disinfect water from deadly diseases including dysentery, typhoid and cholera and has been linked to various health problems.

The RainWatch Filter makes sense in ensuring that rainwater from the heavens remains pure as nature intended it to be and when combined with a complete filtration system, rainwater has the potential to be a safe and viable source of drinking water all year round. 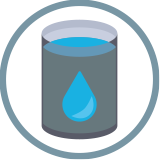 Suitable for all rainwater tanks

There’s a lot of variety when it comes to rainwater tanks. The smallest holds 30L of rainwater, while some of the largest have the capacity to hold 378,000L. Our Rainwatch Filter is designed to work in conjunction with any make of rainwater tank.

The RainWatch Filter doesn’t require an additional gradient toward the tank (ie, a downward slope) and can be fitted to an existing horizontal stormwater line (cannot be fitted vertically) to accommodate a roof area up to 100m2 per filter. 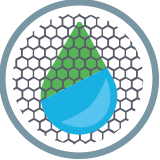 Filters Particles down to 50 microns in size

Traditional rainwater systems have the potential to pump contaminated or dirty water through your filters to your point of use. When this water passes through a pump, the pollutants are broken down into smaller particles making them difficult to fully remove. The addition of a pre-tank filter eliminates this flaw and delivers a new quality of rainwater.

The triple layer fine membrane in the RainWatch Filter extracts particles before they are able to become tank sediment, which not only increases the quality of the rainwater, but also reduces the hassle of cleaning your tank. The RainWatch Filter is designed to work as a complimentary system to all current rainwater catchment systems.

Unlike other pre tank rainwater filters that use runoff or a cleaning chamber for larger contaminants, our RainWatch system uses a drip-feed discharge device. This allows the RainWatch Filter to discharge stored soiled rainwater, meaning no runoff of spill is required. 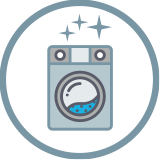 While the RainWatch Filters high volume low-pressure flow cycle always remains in service and is easy to clean. The RainWatch Filters canister easily unclips by hand allowing accessible cleaning of the entire filter while the delicate filter pad can NOT BE MACHINE WASHED  and only hand wash in cold water and only cold water. 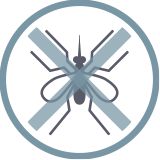 Without a pre-tank filter, dead insects and bird droppings will eventually find their way into your rainwater tank where that will further decay, compromising the quality of your stored water.

The RainWatch Filter prevents the storage of incoming matter down to half the size of a human hair, far smaller than any insect is capable of dis-assembling to.